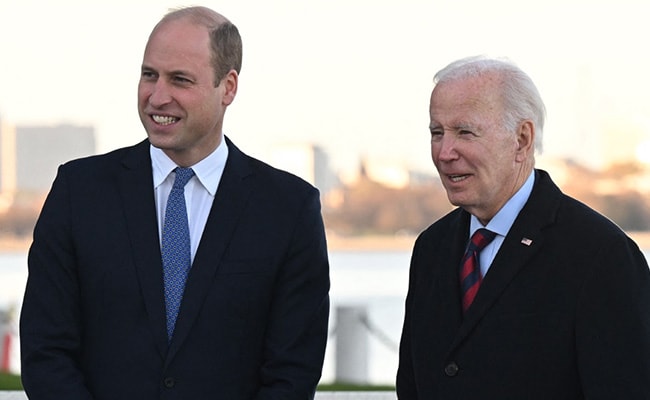 US President Joe Biden met briefly Friday with Britain’s Prince William in Boston where the two quickly hit on the most British of conversation topics — the bad weather.

As the heir to Britain’s throne strode up outside the John F. Kennedy Library and Museum without an overcoat, Biden remarked that it was “freezing.”

Prince William chuckled and later could be heard informing the president that “when we got in Wednesday, it was pouring with rain.”

The less than hour-long meeting took place while Prince William was in Boston with his wife Kate for their Earthshot Prize Awards ceremony, which promotes solutions to environmental challenges. Biden, coincidentally, was in the city to attend a Democratic Party fundraiser.

Strolling a short distance together along the edge of Boston harbor outside the library, Biden jokingly asked if they “were going to jump in” and Prince William suggested a “quick swim.”

They then entered the JFK library complex to finish off the encounter in presumably more comfort.

Biden knows the JFK Library well, having gone there in September to launch his “cancer moonshot” strategy to bring the disease under control in the United States.

“We expect that they will discuss their shared climate goals, prioritization of mental health issues and decreasing the burden of the disease,” Jean-Pierre told reporters.

“Luckily, I Happened To Be Walking Nearby”: Mumbai Man Who Helped Korean YouTuber