Home World What Will Happen If China Relaxes Zero-Covid Curbs 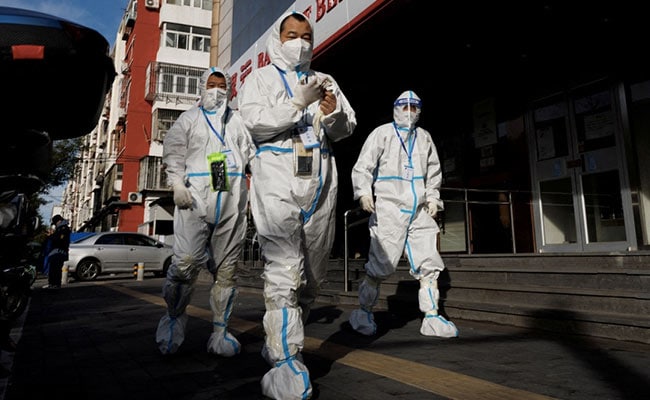 China has started taking steps to ease its zero-COVID policy, fuelling a mix of relief and worry as the public waits to see the health consequences, and impact on the medical system, of a full-blown exit.

Researchers have analysed how many deaths the country could see if it pivots to a full reopening, with most pointing to the country’s relatively low vaccination rates and lack of herd immunity as some of its most vulnerable spots.

Here are some of the estimates:

Zhou Jiatong, head of the Center for Disease Control in southwestern Guangxi region, said last month in a paper published by the Shanghai Journal of Preventive Medicine that mainland China faces more than 2 million deaths if it loosened COVID curbs in the same way Hong Kong did this year.

Infections could rise to more than 233 million, his forecast showed.

In May, scientists in China and the United States estimated that China risks just over 1.5 million COVID deaths if it drops its tough zero-COVID policy without any safeguards such as ramping up vaccination and access to treatments, according to research published in Nature Medicine.

They forecasted that peak demand on intensive care would be more than 15 times capacity, causing roughly 1.5 million deaths, based on worldwide data gathered about the variant’s severity.

However, the researchers, the lead authors among whom were from Fudan University in China, said the death count could be reduced sharply if there was a focus on vaccination.

China could see 1.3 million to 2.1 million people die if it lifts its zero-COVID policy due to low vaccination and booster rates as well as a lack of hybrid immunity, British scientific information and analytics company Airfinity said on Monday.

The company said it modelled its data on Hong Kong’s BA.1 wave in February, which occurred after the city eased restrictions after two years.

Battle For Gujarat: Incumbents To Return Or Big Surprise Awaits?