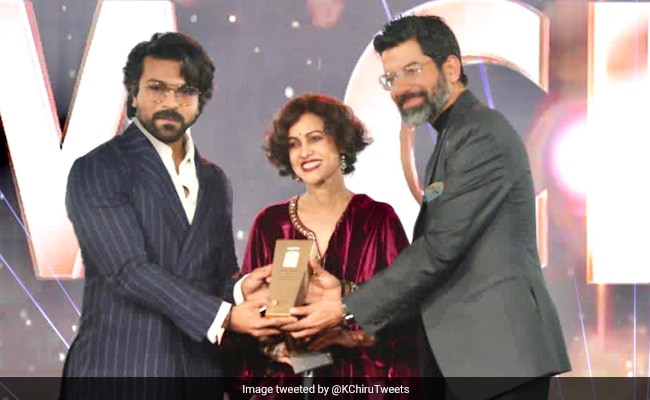 Absolutely thrilled for you and proud, on winning the #TrueLegend – #FutureOfYoungIndia Award #NDTV
Bravo!!! 👏👏 Way to go, dearest @AlwaysRamcharan

At the event, Ram Charan also shared a humorous story of how his father had been present during the narration of the 2009 film Magadheera.

Chiranjeevi Konidela was so excited and engrossed that director SS Rajamouli felt it was necessary to clarify that the film was meant for Ram Charan.

Mr Rajamouli said, “Sir, not you, your son.” This anecdote received laughs from the audience.

Ram Charan played the lead role in blockbuster hit RRR, alongside Jr NTR. The film released across the globe in Hindi, Tamil, Telugu and Malayalam simultaneously. It has been submitted for consideration in various categories for the Oscars next year.