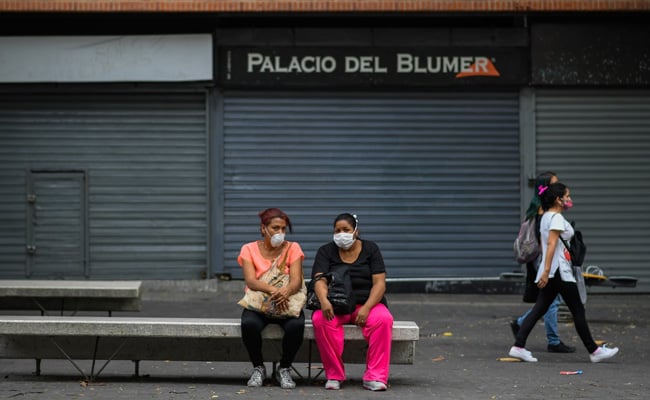 The United Nations has expressed concern about the police operations.

Pointing to a bullet hole in a window of her house in a Caracas neighborhood, she blames a policeman for the death of her 11-year-old granddaughter, Yadimar Sierra.

While the policeman said he was firing at a suspicious “shadow,” 54-year-old Segovia said he fired “directly at the girl” as she slept on November 13.

A bullet pierced a window grill, shattered the glass, then struck Yadimar in the back of the head.

The case is one of a growing number being blamed on the authorities in crisis-ridden Venezuela.

Official numbers are hard to come by, but the Venezuelan Violence Observatory, an non-governmental group, says it has documented more than 700 deaths at police hands just in the first half of the year.

Segovia said she furiously confronted the police officer and his companion, shouting, “You shot the girl, you shot my granddaughter!”

“They turned and ran away,” she added.

Five people were arrested in connection with the shooting, according to police, but a spokesman for the prosecutor’s office said there was “no confirmation that they are police officers.”

Human rights groups say there were as many as 4,000 extrajudicial executions carried out in 2020 and 2021 during anti-crime operations, which they say amounts to state-sanctioned murder.

In a broader climate of impunity, cases like Yadimar’s — blamed on individuals or small groups of police not necessarily operating under orders — can also occur, said Roberto Briceno Leon, director of the Venezuelan Violence Observatory.

Increasingly, he added, the prime source of violence is shifting from criminals to the police, so that in many parts of the country, “the police are the cause of more victims and deaths than the criminals themselves.”

Neighbors and relatives of Yadimar, who was in the sixth grade, say police had been aggressively searching for a young man in the area, and that residents came out to complain.

At that point, the officers, who Segovia says were agents of the Directorate of Military Counterintelligence, called for reinforcements and then entered her street with guns blazing.

Other witnesses said the police had been drinking before the incident.

Yadimar’s relatives have filed a complaint with the prosecutor’s office, demanding justice and calling for “more control” over the forces of order.

“We cannot be more afraid of them than we are of the street itself,” said Yuleimy Valencia, 34, one of Yadimar’s cousins.

The United Nations has expressed concern about the police operations, while the prosecutor’s office has rejected claims of impunity, saying that 358 security officials have been convicted of human rights violations.

But the NGO Cofavic estimates that “98 percent of human rights violations are not investigated.”

“Why did you leave us, Yadimar? Why, friend, did you leave? Fly high!” reads a poster pasted on the wall of the girl’s house. Well-wishers have left flowers and white balloons.

Yadimar was charismatic and full of joy, her grandmother and cousin said.

She was under Segovia’s care because Yadimar’s mother, Jenny Arriaza Elias, had traveled to Peru to search for a sister who migrated there. Her father was killed nine years ago, struck by a stray bullet during a shootout between criminals.

“My daughter, they killed you just like your papa,” Elias sobbed when she saw her daughter’s coffin. Lacking the money to fly, she had come thousands of miles by road from Peru.

“Why, if she was inside her house… did this have to happen?”