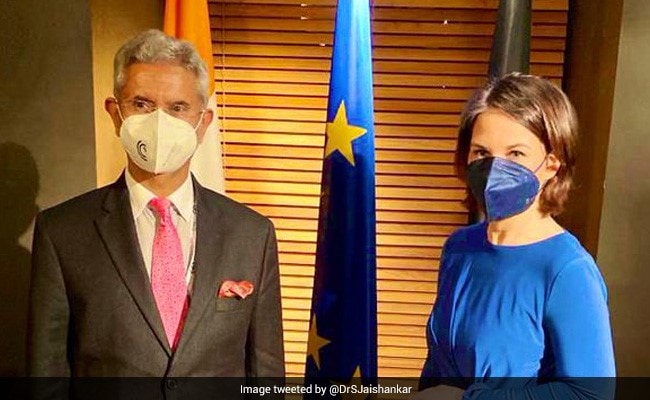 India and Germany have completed the inter-governmental talks on development cooperation.

Visiting Germany’s Foreign Minister Annalena Baerbock will discuss India’s relations with China, which have been strained since the Galwan valley incident and the Russia-Ukraine war, amid the global consequences of the Moscow-Kyiv conflict.

According to the press statement released by German Embassy to India, during the two-day visit, Baerbock will talk with her Indian counterpart, S Jaishankar to discuss India’s relationship with China in addition to the Russian war against Ukraine and its consequences, for example in the energy sector.

Germany’s Foreign Minister visit is planned against the background of the global consequences of the Russian war of aggression in Ukraine.

Cooperation in the energy transition away from oil, coal and gas will also play a role, a spokesman for the Federal Foreign Office said on Friday in Berlin. In this context, Baerbock will visit projects for renewable energies and sustainability in the rural surroundings of the capital New Delhi, the statement reads.

According to the spokesperson, the minister will also visit the Indian election commission. Meetings are also planned with representatives of civil society and non-governmental organizations working for women’s rights.

The spokesperson added that the minister will also participate in a trilateral India forum of the transatlantic foundation German Marshall Fund, which is about cooperation in the Indo-Pacific region. The forum is an annual meeting of American, European and Indian experts from politics, think tanks and business at different locations. It has developed into a leading platform for transatlantic and European dialogue with India, the statement added.

According to Mr Jaishankar, the German ambassador is enthusiastic about enhancing ties between Germany and India.

Notably, India and Germany have completed the inter-governmental talks on development cooperation.

In May, Germany and India updated their cooperation to a new level by establishing a partnership on Green and Sustainable Development (GSDP), signed by Prime Minister Narendra Modi and German Chancellor Olaf Scholz, according to German Embassy in India.

Under the GSDP, Germany expressed its willingness to support India with new and additional commitments of at least Euro 10 billion Euros until 2030. Earlier on November 30, Philipp Ackermann announced that German Chancellor Olaf Scholz is planning a bilateral visit to India next year.