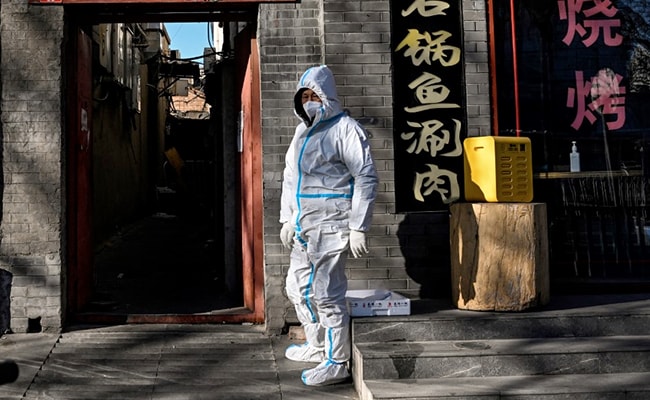 “It was quite secretive, you couldn’t see the lights on the second floor from the outside,” said one resident who visited a clandestine hotpot restaurant.

She came across the purveyor of simmering stew on Xiaohongshu — China’s equivalent of Instagram — while searching for places to dine indoors in Beijing, saying it was “full” of people.

“I was very happy to eat out, but at the same time I felt like I had to fight an underground battle,” she said, asking to stay anonymous.

China is facing an inflection point in its virus response, having stuck to heavy-handed restrictions that were successful in containing initial outbreaks but which have stoked widespread public resentment.

In the wake of the country’s largest protests in decades, numerous cities including Beijing have begun relaxing testing requirements as state media downplays the risks of the virus.

That relaxation has emboldened some residents to skirt the rules, with news of eateries and cafes offering dine-in services — prohibited in much of the capital — circulating on social media and drawing hundreds of likes.

One expat who asked not to be named told AFP he recently enjoyed a mutton stew and skewers at another underground restaurant.

“The staff weren’t going to let me in and said they were only doing takeout,” he said.

“But when I said friends were already upstairs, they winked and told me to scan my QR code.”

Another Beijing expat told AFP he watched a World Cup match at a shuttered nightclub that organises clandestine screenings where guests are only invited through word-of-mouth.

After a labyrinthine journey through a neighbouring hotel and car park to reach the nightclub, locked from the outside, he found unmasked guests discreetly watching the game inside.

“It was so surreal to jump through all of these hoops,” he said.

And one Beijing food blogger who recently posted about visiting a secretly open bar said they were fed up with the situation.

“I really can’t stand it anymore, I hope they reopen as soon as possible,” the blogger, surnamed Sui, told AFP.

Two of the residents also believe they caught Covid in recent days, having suffered from fever and a cough, but refused to take a PCR test that would result in them getting locked down or, even worse, taken to central quarantine.

“It’s better to wait it out and recover at home” without getting contact traced through PCR testing or entering public spaces, said one expat, admitting it “felt a little rebellious.”

“I really want to get Covid to get it over with, have felt so sick in the past two days,” one Beijinger told AFP, saying she plans to stay at home and wait out her symptoms.

“I know Covid positive people can quarantine at home now, I don’t want the government to know if I get Covid or not.”