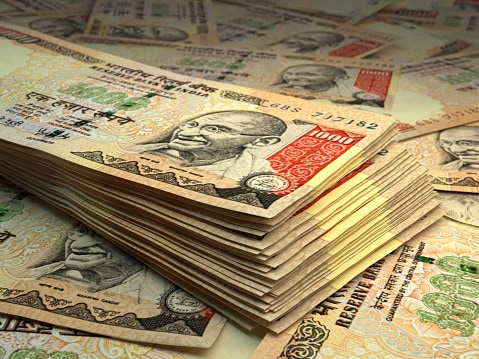 The Reserve Bank of India and the Centre on Monday defended the Centre’s decision to demonetise the old currency notes of Rs 500 and Rs 1,000 before the Supreme Court of India as it said that procedure was followed.

The AG said that there were two primary reasons that Section 26 of the RBI Act cannot be considered excessive delegation as the Section 3 of the RBI Act transfers the complete powers of the RBI for taking over the management of currency to the central government and transfer of power is not the same as delegation of power.

Jaideep Gupta said that the procedure laid down has been followed and the process cannot be criticised on the ground of procedure lapse on the part of RBI and Centre.

During the hearing, the Supreme Court raised the argument made by the petitioner that RBI has supremacy relating to currency issues and recommendations should have emanated from RBI, not from the central government.

AG replied that in an important monetary policy Section 26 aids both for them as RBI and the government acted in consultation. Section 26(2) of the RBI act cannot be read in isolation, the Centre said.

RBI, represented by Advocate-on-Record HS Parihar and Advocates Kuldeep Parihar and Ikshita Parihar, in an additional affidavit has said that in compliance with the provisions of Section 26 of RBI Act read with the Reserve Bank of India General Regulations, 1949, the meeting of the Central Board of the RBI was held on November 8, 2016, and after detailed deliberations, the Board concluded that in larger public interest, the balance of advantage would lie in the withdrawal of legal tender status of Rs 500 and Rs 1,000 currency notes currently in circulation and passed the resolution.

After the resolution was passed, the same was communicated to the central government on 8th November 8, 2016, RBI said in its affidavit.

Section 26(2) in The Reserve Bank of India Act deals with the recommendation of the Central Board the 2 [Central Government] may, by notification in the Gazette of India, declare that, with effect from such date as may be specified in the notification, any series of bank notes of any denomination shall cease to be legal tender 3 (save at such office or agency of the Bank and to such extent as may be specified in the notification).

A five-judge bench of Justices Abdul Nazeer, BR Gavai, AS Bopanna, V Ramasubramanian and BV Nagarathna was hearing petitions challenging the Centre’s decision to demonetise currency notes of Rs 500 and 1,000 in 2016.

RBI said that it is not correct to contend that roles of RBI and the government were reversed and that the requisite procedure was abandoned.

Further, it added that the contention of the petitioner that RBI meekly obeyed the virtual command of the central government is factually incorrect.

RBI also said the requisite procedure laid down under section 26(2) read with Regulation 8 and 10 of the Reserve Bank of India General Regulations, 1949 were duly followed.

Further, in terms of sub-section (5) of section 8 of the RBI Act, “No act or proceeding of the Board shall be questioned on the ground merely of the existence of any vacancy in or any defect in the constitution of, the Board.”

RBI said that there was no flaw in the decision-making process and the impugned actions were not arbitrary or capricious as alleged. They were bonafide actions taken in good faith with a legitimate objective, RBI maintained. The hearing will be continued tomorrow.

India To Strengthen Ties With US With Greater Vigour: Nirmala Sitharaman