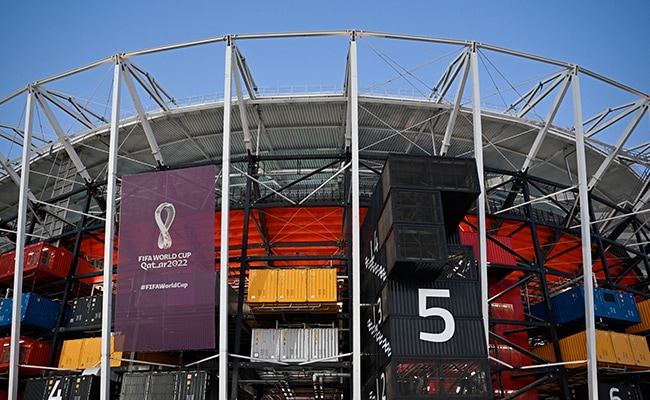 The stadium has a capacity of up to 44,089 and is located in Ras Abu Aboud, Doha

The 2022 World Cup in Qatar marks the first time the tournament has been held in the Middle East. For the sports extravaganza, Qatar built seven new stadiums and renovated another specifically for the tournament over the past decade.

However, one of those seven stadiums, Stadium 974 built in Doha, boasts of a rather unique construction. The stadium has been built entirely from recycled shipping containers. The stadium was named ‘974’ as it is the exact number of shipping containers used to build the venue while also being the Gulf country’s international dialling code.

On Monday, the official Twitter page of the FIFA World Cup shared 360-degree footage of Stadium 974. Sharing the video, FIFA wrote, ”Built with 974 shipping containers. the stadium can be fully dismantled and re-purposed post-event. Take a look at Stadium 974.”

Built with 974 shipping containers. the stadium can be fully dismantled and re-purposed post-event 🧱

According to the organisers, the Doha stadium, which has a seating capacity of forty thousand and is built as a port-side structure, is partially constructed from recycled materials, including steel and shipping containers.

As per FIFA, the arena is its first-ever stadium that can be fully dismantled and re-purposed post-event. Stadium 974 hosted a total of seven games with the final one on Monday, December 5. Brazil and South Korea played the last World Cup match in the stadium after which ‘the containers and super-structure will be reused,’ the official website states.

The official Qatar 2022 page on the stadium reads: “This unique venue pays tribute to Qatar’s long-standing tradition of worldwide trade and seafaring. Not only is 974 the international dialling code for Qatar, but it is also the exact number of shipping containers used in construction. Situated in the portside area and in sight of Doha’s coastal cityscape, fans at Stadium 974 will feel the cool breeze as it rolls in from the Arabian Gulf.”

”After the tournament, the containers and super-structure will be reused. A waterfront development boasting fabulous facilities for the local community will spring to life, as well as a dynamic hub for business. This new concept in venue development ensures that while Stadium 974’s physical presence may be temporary, its legacy will be everlasting,” it further reads.

The stadium has a capacity of up to 44,089 and is located in Ras Abu Aboud, Doha. This is the only non-air-conditioned stadium built for the tournament and that’s why Stadium 974 hosted only evening matches.