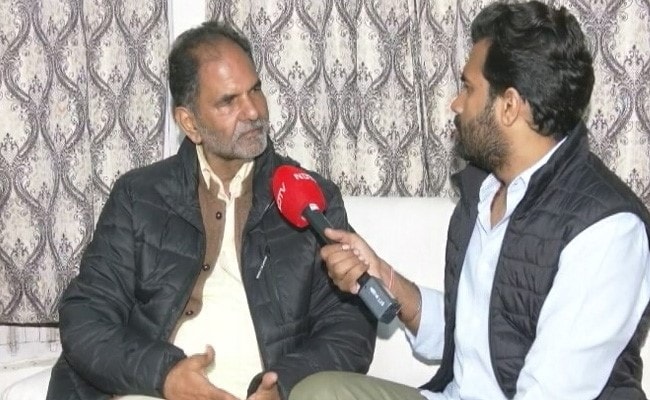 The Congress is leading in Himachal Pradesh in a close contest with the ruling BJP.

Kripal Parmar, the BJP rebel in Himachal Pradesh who did not quit the contest even after a reported phone call from Prime Minister Narendra Modi, is trailing in the Fatehpur seat.

The Congress is leading in Himachal Pradesh in a close contest with the ruling BJP.

Mr Parmar, a former BJP MP, is among the slew of rebels who seem to have dragged the BJP’s tally down in the hill state that has traditionally denied any party a second term.

The 63-year-old independent candidate is struggling at number 3 in the constituency, with the BJP’s Rakesh Pathania leading in a close race with Congress candidate Bhavani Singh Pathania.

Mr Parmar had been upset with his party since last year, when he was not picked for the Fatehpur by-election.

He blamed BJP president JP Nadda, his former classmate in school, for his revolt, accusing him of “insulting me for 15 years”.

He said this to PM Modi in the purported phone call that was never officially confirmed either by the BJP or the Prime Minister’s Office.

The voice said to be PM Modi’s said in the call: “Don’t underestimate the value of this phone call.” Mr Parmar replied: “I don’t. This phone call for me is a message from God.”

Speaking to NDTV, Mr Parmar insisted the call was not fake and that PM Modi had indeed called him on October 30.

“We have known each other for 25 years. When he (PM Modi) was in charge of Himachal Pradesh and I was a vice president, we travelled and stayed together a lot. I have family ties with him. I consider him my God,” the rebel said.

Around 30 rebels contested against official BJP candidates in the 68-seat state.