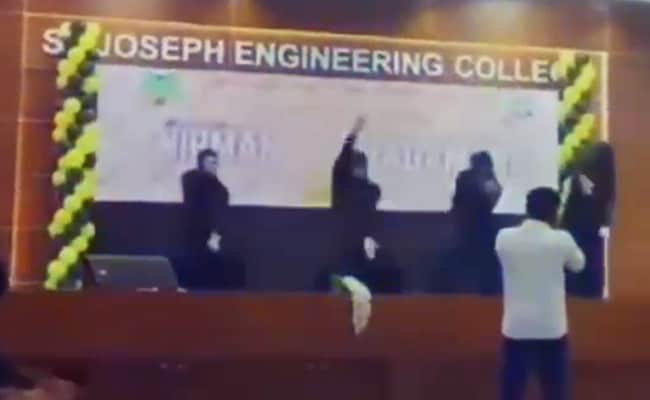 The event was organised by the student association in the college on Wednesday.

An engineering college in Karnataka has suspended four students who danced wearing burqas at a programme. In a video of the event, the four students can be seen dancing on stage to a popular Bollywood dance song while the audience applauds and cheers them on. The event was organised by the student association in the college on Wednesday.

The video, from St. Joseph Engineering College in Mangaluru, went viral on social media, after which the Principal of the college suspended the students and initiated an enquiry.

The college, in a statement, said the dance was by Muslim students who “barged on stage” during the informal part of the students’ association inaugural.

“It was not part of the approved program and the students involved have been suspended pending enquiry. The college does not support or condone any activities that could harm the harmony between communities and everyone,” it said.

“Note To BJP – It Won An Election, But Lost Two”: AAP’s Raghav Chadha