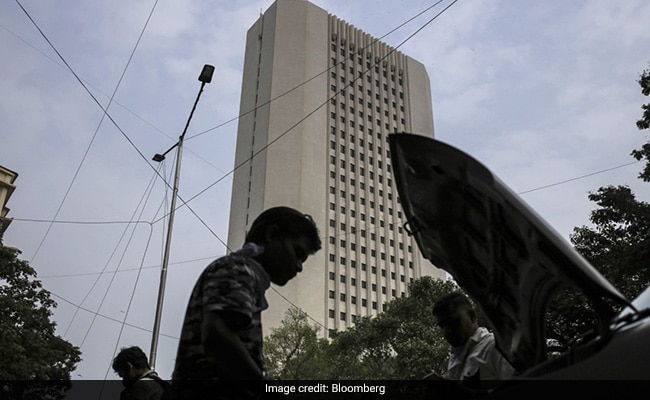 Indian stocks that offered a refuge from losses that plagued global equity investors in 2022 look set to lose momentum next year as sky-high valuations weigh on market enthusiasm.

That’s the consensus from analysts and strategists, who also expect the rupee to underperform emerging-market currencies broadly and the nation’s bonds to benefit from inclusion in major global indexes.

If there is some recovery in global growth and sentiment, over “6-12 months some of these markets that have become oversold may do better than India because India has outperformed so much in the last 18 months,” said Hiren Dasani, managing director at Goldman Sachs Asset Management. “But in the medium term India will do much better because of the compounding opportunity of growth.”

Here’s what to expect from Indian markets in 2023:

While India has been a standout market this year, with the NSE Nifty 50 Index up above 7%, compared to an 18% slump in global stocks, it remains the most expensive in Asia. Strategists at Goldman Sachs Group Inc. said they this means Indian’s equity market performance will likely slip behind China and Korea next year.

Citigroup Inc. has a Nifty target of 17,700 by the end of 2023, some 5% below Thursday’s level. The blue-chip benchmark trades on just under 20 times forward earnings estimates, compared to around 13 times for the MSCI Asia Pacific Index.

“We are cautious on India due to high valuations,” Jefferies Financial Group Inc. analysts including Akshat Agarwal wrote in a note this month.

Still, Citi said Indian listed companies are adept at turning economic growth into earnings per share and that cyclicality has been limited. “India is likely to lag any pro-cyclical rally elsewhere, but we appreciate this consistent delivery,” analysts wrote in a recent note.

Goldman Sachs has a contrarian target of 20,500 for the Nifty for the same period, about 10% higher.

The Reserve Bank of India is likely to use every opportunity to rebuild its reserve stockpile as inflows return to emerging markets, a move that could weigh on the rupee.

India’s monetary authority has seen a $83 billion drop in its reserves this year as it sold dollars to support the rupee and its other foreign holdings went down in value. That’s helped cushion the currency’s drop to about 10% against the dollar, keeping losses in line with emerging Asian peers.

“We think central banks that have a low level of reserve stock and/or have seen a significant deterioration in their current accounts, including India, Malaysia and Philippines, will use the opportunity to replenish reserves, thereby limiting the scope for appreciation,” Goldman Sachs Group Inc. analysts including Danny Suwanapruti wrote in a note.

ING Groep NV sees the rupee at 83 by end of next year while Goldman sees it at 82 in the next twelve months, largely in line with current levels. The rupee was around at 82.40 per dollar on Thursday.

“Trade balances are likely to be double-squeezed next year between high energy imports and lackluster exports,” a team including Meera Chandan wrote in a note. “This informs our decision to stay long dollar-rupee.”

Bond investors are looking for India to be added to global indexes after JPMorgan and FTSE Russell held back from such a move this year, citing operational issues that still needed to be resolved.Global funds sold index-eligible Indian sovereign bonds for the first time in seven months inOctoberafter JPMorgan refrained from including the debt in its gauge.

Inclusion into JPMorgan’s emerging-markets index is just a matter of time and likely in 2023, Goldman Sachs has said. Foreigners continue to hold less than 2% of India’s sovereign debt amid ever increasing borrowings from the federal government.

But that increase in borrowings is also one of the reasons DBS Bank is underweight Indian government securities next year.

“Fiscal consolidation could be rather limited due to 2024 being an election year, and thus, we expect GSec supply is to remain relatively heavy in 2023,” strategists Eugene Leow and Duncan Tan wrote Tuesday. “With tighter liquidity weighing on demand from banks, market absorption of the heavy supply could be challenging.”

Rupee-denominated bond sales by Indian companies are set to revive next year as issuers shift from bank loans to notes that offer more savings. Companies have sold about 8 trillion rupees ($97.1 billion) of domestic bonds so far this year, little changed versus the same period last year, according to data compiled by Bloomberg.

“Bonds will be a preferred route for borrowings next year as the yield difference with banks’ lending rate is widening,” said Ajay Manglunia, managing director and head of institutional fixed income at JM Financial Ltd., who expects overall rupee bond sales to rise by as much as 25% in 2023. “We will see companies preferring bonds next year as borrowing costs stabilize given most of the central bank’s interest rate actions have been factored in.”

Both T. Rowe Price and Nomura Holdings Inc. favor corporate bonds in India’s renewables sector next year. Nomura analyst Eric Liu pointed to widened yield spreads, ESG considerations and supportive policy measures as some of the reasons for “attractive investment opportunities” in the sector, according to a recent note.

Indian Banking System Won’t Be Affected By Case Like This

Now, Travellers From These Countries Can Make UPI Payments In India