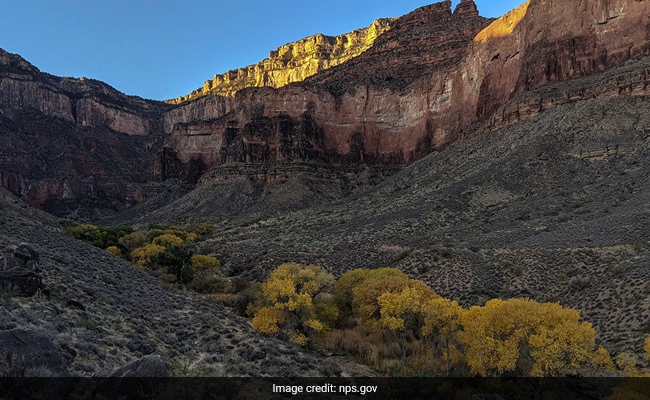 The popular campground inside Grand Canyon National Park has a new name.

The United States Board on Geographic Names (BGN) has decided to change the “offensive” name of a popular Grand Canyon hiking trail. According to CNN, Indian Garden, a popular stop along the park’s Bright Angel Trail, will now be called Havasupai Gardens. The name change is an effort to right a historic wrong. Members of the Havasupai tribe, who had been there for generations, were removed from the inner rim canyon area by the National Park Service’s policies nearly 100 years ago.

“The eviction of Havasupai residents from Ha’a Gyoh, coupled with the offensive name, Indian Garden, has had detrimental and lasting impacts on the Havasupai families that lived there and their descendants,” said Havasupai Tribe Chairman Thomas Siyuja in a statement. “Every year, approximately 100,000 people visit the area while hiking the Bright Angel Trail, largely unaware of this history. The renaming of this sacred place to Havasupai Gardens will finally right that wrong.”

“The Grand Canyon National Park team was proud to work alongside the Havasupai Tribal Council in our joint effort to rename this culturally significant location at the Grand Canyon,” said Superintendent Ed Keable. “The Havasupai people have actively occupied this area since time immemorial, before the land’s designation as a National Park and until the park forcibly removed them in 1926. This renaming is long overdue. It is a measure of respect for the undue hardship imposed by the park on the Havasupai people.”

According to The Guardian, across the US, there is a widespread effort to rename places with names that often reflect historical mistreatment of Native Americans or Black Americans or celebrate Confederate history. They range from army bases to mountains to ski resorts. For example, in 2021, Squaw Valley Alpine Meadows resort, an Olympic skiing venue in California, changed its name to Palisades Tahoe.

Can AAP, Congress Replicate the ‘Modi Magic’ In Gujarat?