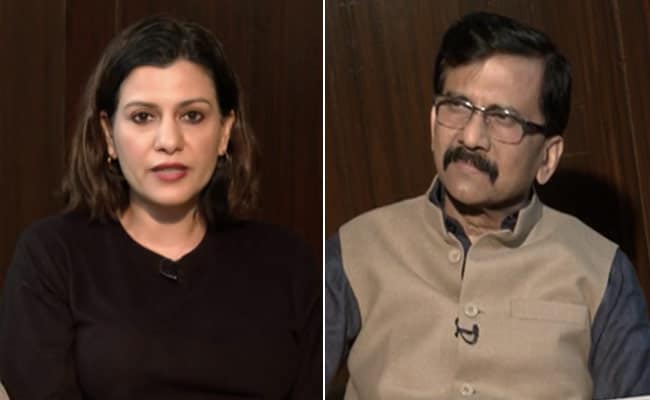 Mr Raut spoke a day after his public praise for Rahul Gandhi.

Sanjay Raut, a key leader of the Uddhav Thackeray faction of the Shiv Sena, said today that his party’s alliance with the Congress “had to survive despite differences” for the sake of the country, amid bitterness over Rahul Gandhi’s comments criticizing Hindutva ideologue Veer Savarkar.

“An alliance is always a compromise,” Sanjay Raut told NDTV when asked about the survival of his party’s Maharashtra alliance with the Congress and Sharad Pawar’s Nationalist Congress Party (NCP) with fundamental differences in ideology.

“There is no difference in our ideology. We left the BJP, not our Hindutva ideology. We may not be in agreement with the Congress on every issue. There are some issues on which the Shiv Sena cannot compromise, and our party is clear on it,” he said, asserting that his party would never compromise on Hindutva or Veer Savarkar.

“Savarkar spent over 10 years in the Andaman jail. Only those who have experienced jail can know what it is like. Many agree with Savarkar’s ideology, many don’t. But those who are no longer alive to defend themselves…whether Savarkar or Nehru or Sardar Patel or Netaji Subhash Bose… it is not right to go back in time and twist history,” Sanjay Raut said.

He admitted that his party would always differ with the Congress over its Hindutva ideology and Savarkar. At the same time, he pointed out that Rahul Gandhi, at a big rally in Maharashtra after this row, had been silent on Savarkar.

“We won’t discuss anything about Rahul Gandhi. We do not agree with them. While forming the Maharashtra alliance, we had held discussions with Sonia Gandhi on Savarkar and we had decided that some issues cannot be touched. An alliance runs on compromise. An alliance is always a compromise,” Mr Raut said.

He refused to speculate on the longevity of his party’s alliance with the Congress.

“We have to continue in the alliance (with the Congress) for the sake of the country. If we have to save democracy, we should forget our differences and come together.”

Mr Raut spoke a day after his public praise for Rahul Gandhi on Twitter after the Congress leader called him to ask after his health.

“Rahul called me at night even though he was busy with the Bharat Jodo Yatra. He asked about my health, said ‘we were worried about you’. It is only human to feel sad that a political ally was framed in a false case and tortured for 110 days in jail,” Mr Raut tweeted.

The rift between team Uddhav Thackeray and the Congress emerged was triggered by comments by Rahul Gandhi, who is in Maharashtra for his Bharat Jodo Yatra. He had criticised Veer Savarkar for seeking mercy from the British while he was in jail and had also accused him of betraying legendary freedom icons like Mahatma Gandhi, Nehru and Sardar Patel by appealing to the British. The comments upset both factions of the Shiv Sena and embarrassed the Uddhav Thackeray faction as it was targeted by its rival Eknath Shinde faction and the BJP.