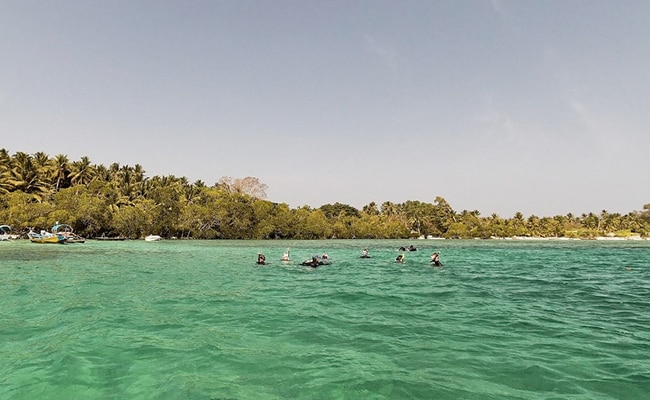 The delegates will reach Port Blair in a chartered flight on November 25. (File)

Arrangements are in place for one of the much-awaited meetings of the G20 Presidency, which will be held in the picturesque Andaman and Nicobar Islands on November 26, official sources said.

It will be held at ‘Swaraj Dweep’ (popularly known as Havelock Island), which is a nearly two-and-half-hour sea journey from Port Blair in government ferries and private cruises.

The delegates will reach Port Blair in a chartered flight on November 25 and the meeting will take place the following day, the sources said. They will likely depart from the archipelago on November 27.

Considering its popularity and mesmerising natural beauty, the G20 secretariat in New Delhi decided to hold one of its meetings at ‘Swaraj Dweep’, the sources said.

A series of cultural events, consisting of traditional dance and music, have been lined up for the guests, who will also be served delectable local recipes, they said.

The delegates will also undertake a tour of the Cellular Jail during their stay at Andaman and Nicobar Islands, the sources added.

Security has been strengthened up across the Union Territory ahead of the high-profile event.

“The people of Andaman are very excited for the event, and are gearing up to accord the delegates a warm welcome. Not only will this bring our beautiful islands on the global map as far tourism is concerned, it will also lead to a lot of developmental projects,” Member of Parliament (MP) Kuldeep Rai Sharma told PTI.

“I had written to Prime Minister Narendra Modi ji, requesting him to hold one of the meetings in Andaman, and I am happy that it is happening now,” he said.

Earlier this month, Indonesia handed over the G20 presidency to India for the coming year at the Bali summit.