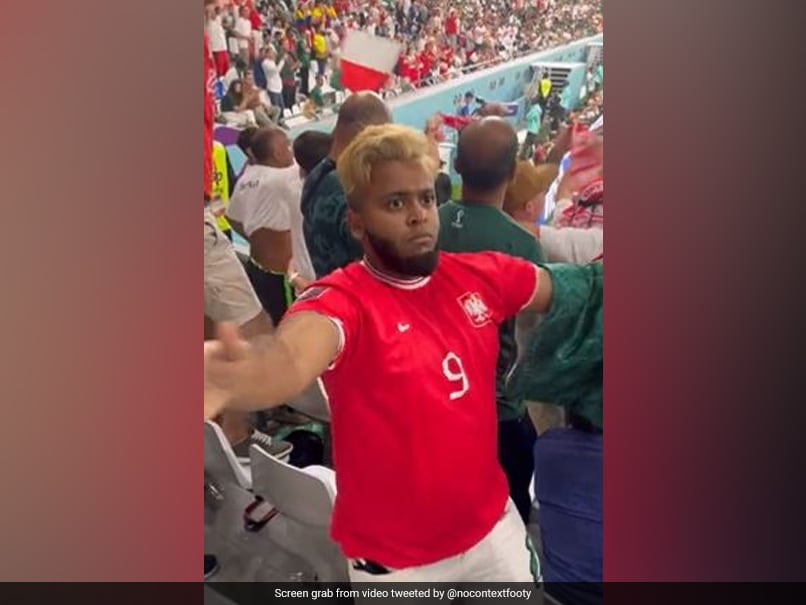 Poland were at their best in the FIFA World Cup 2022 match against Saudi Arabia on Saturday and the Robert Lewandowski-led side went on to register a 2-0 win. Lewandowski registered his first goal in World Cup, and the striker was visibly emotional after registering the strike. The 34-year-old star had missed a penalty against Mexico, and hence he had to wait a little longer for his first World Cup goal.

As soon as Lewandowski registered a goal, a Saudi Arabia fan in the stands switched his jersey to ‘Lewandowski 9’. The video of the fan swapping his jersey has now gone viral.

After swapping the jersey, the fan started dancing and he also cheered Lewandowski on.

Lewandowski scored the first World Cup goal of his prolific career on Saturday when he netted in Poland’s 2-0 win over Saudi Arabia, bursting their bubble following the team’s giant-killing act against Argentina.

Barcelona forward Lewandowski made sure Poland took a big step towards the last 16 in Qatar when he rolled home in the 82nd minute after being gifted the ball by Abdulelah Al-Malki.

However it was a battle for Czeslaw Michniewicz’s side, who were leading at that point thanks to Piotr Zielinski‘s roofed finish and an incredible double save from Wojciech Szczesny after Salem Al-Dawsari‘s penalty late in the first half.

Egged on by a vocal crowd, Herve Renard’s Saudi team came out with the bit between their teeth and the Poles frequently struggled to handle their aggressive press.

Topics mentioned in this article