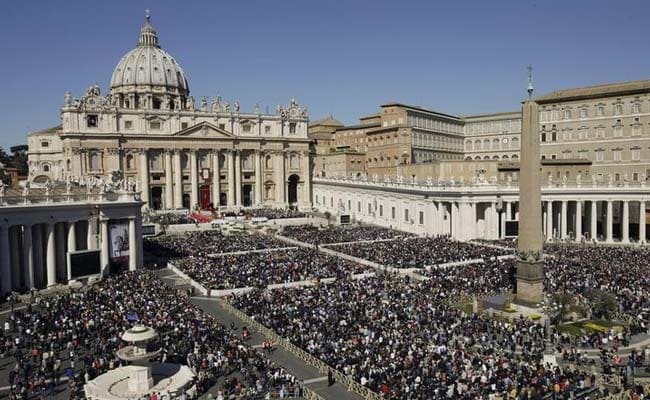 For decades, there have been two Catholic churches in China. (Representational)

The Vatican on Saturday expressed regret at the appointment of a bishop in a diocese in China that the Holy see does not recognise, saying it violated a 2018 deal with Beijing and hinting at political pressure.

The Vatican last month said it had renewed for the second time the secretive deal allowing both Beijing and the Holy See a say in appointing bishops in China.

“The Holy See noted with surprise and regret the news of the ‘installation ceremony’ on November 24 in Nanchang of Monsignor Giovanni Peng Weizhao, bishop of Yujiang (Jiangxi Province) as ‘auxiliary bishop of Jiangxi’, the Vatican said in a statement.

“This event did not take place in accordance with the spirit of dialogue that exists between the Vatican parties and the Chinese parties and with what was stipulated in the provisional agreement on the appointment of bishops” of 2018.

For decades, there have been two Catholic churches in China, one that answers to Beijing, and an “underground” congregation that remains loyal to Rome — often at huge personal cost.

The Vatican said the “civil recognition” of the new bishop “was proceeded, according to reports received, by prolonged and intense pressure from the local authorities”, without elaborating.

“The Holy See hopes that similar episodes will not be repeated” the statement said, adding that the Vatican was awaiting a communication on the matter from the Chinese authorities.

The Vatican “reaffirms its full availability to continue the respectful dialogue concerning all issues of common interest”.

The 2018 deal was renewed despite tensions over the arrest of retired cardinal Joseph Zen, one of the most senior Catholic cardinals in Asia, by authorities in Hong Kong in May.

The 90-year-old cardinal was among six dissidents convicted on Friday over their running of a multi-million-dollar defence fund for arrested anti-government protesters.

They were arrested under sweeping national security legislation that Beijing imposed in 2020, a year after the outbreak of huge and often violent protests.