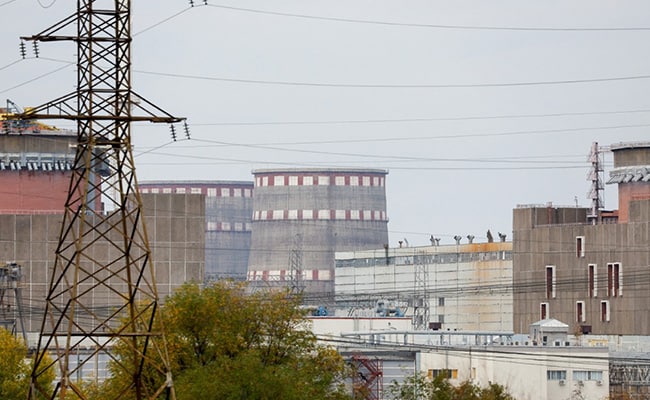 Both Kyiv and Moscow have accused each other of shelling Zaporizhzhia nuclear plant. (File)

It provided no evidence and Reuters was unable to verify the claims.

In a statement, the SVR said U.S.-supplied HIMARS rocket launchers, air defence systems and artillery ammunition had been delivered to the Rivne nuclear power station in the northwest of Ukraine.

“The Ukrainian armed forces are storing weapons and ammunition provided by the West on the territory of nuclear power plants,” it said, adding that an arms shipment to the Rivne power station had taken place in the last week of December.

Both Kyiv and Moscow have accused each other of shelling Zaporizhzhia and Ukraine says Russia is using the site as a de facto weapons depot.

The United Nations nuclear watchdog has expressed grave concerns over attacks near the plant, warning of the risk of a nuclear disaster.