Home Top News Man Shows What It Looks Like To Go On A Coffee Date... 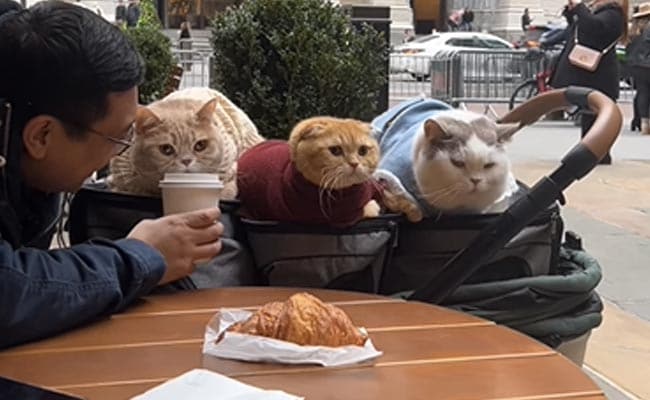 The video posted Sponge Cake + Mocha + Donut on Instagram, the clip shows the three felines having a wonderful day in NYC. The video further shows cats sniffing croissants and then being rewarded with treats. The video will definitely make you smile.

The caption of the video reads, “Would you like to join us for coffee in NYC?”

The video was posted on January 14 and so far it has amassed 4.7 million views on Instagram. Netizens posted adorable comments for the cats. A user wrote, “Save a spot for me.”

Another user wrote, “Yeah mine would immediately run away to explore the entirety of the city and probably get hit by a bus not 5 minutes later.”

The third user commented, “Awwww the babies never run away when you put them in the stroller?”

The fourth user wrote, “Oh no- we missed you by only 10 minutes! My son was laughing- of all the tourist sites, I want to see the cats!”